The south-centrally located city of Kottayam, a trading hub and the centre of literature and education in Kerala, embanks the lush green stream of Vembanad Lake. The city is well-known for its profusion of rubber plantations, lush backwaters, rugged mountains, and organic rock formations, as well as the fact that it was the state’s first district where everyone was entirely literate. Due to the city’s rapid development, an unprecedented inflow of individuals from around the nation have moved there, increasing the need for housing. The real estate sector has experienced tremendous growth as a result of well-known builders entering the market to create luxurious high-rise buildings and apartments.

While looking for flats to buy in Kottayam, It is a prime requirement that the property is situated in the right neighbourhood. The right neighbourhood is one that is calm and tranquil, with a mix of residents from similar socio-economic backgrounds while ensuring safety and security of its residents. Suburban parts of Kottayam are ideal for housing, due to being relatively calm and away from the frenzy of the city while conveniently located to all amenities. Puthenangady, Kalathipady,  Ettumanoor, Kanjikuzhi are some of the fast growing suburbs in the area. These neighbourhoods are conveniently located shopping centers, hospitals, educational institutions, banks, and much more while being intertwined with serene greenery. Let us look at these top localities to buy flats in Kottayam in detail:

It is a tranquil neighbourhood hidden in Kottayam’s tranquil suburbs, far from the city’s bustle but close to all the essential amenities. Given that the Kottayam Railway Station and Kumaranalloor Station are close by and are a significant stop for all south and northbound trains, it is well connected to all areas of the city and state by rail as well as by road through the NH 183. It is located on the Kottayam Kumily Highway. The neighbouring Kakki river provides a reliable source of freshwater. Within a 2-kilometer radius are the Medical Center & Hospital, Nehru Stadium, and the private bus stop.

This neighbourhood is conveniently located for access to the entire city, including Changanassery, Palai, Puthupally, etc. The city is reachable by car via the NH 183 or by train via the nearby Kumaranalloor Station and Kottayam Railway Station, which serve as significant stops for all southbound and northbound trains. Nearby are Bharat Hospital, National College of Medical Technology, Baselius College, and Choice International School, among other hospitals, schools, and colleges. With wealthy, polite individuals and a strong sense of protection and safety, the area is safe and secure.

The suburb of Ettumannoor is located 50 km north-east of Cochin and is 11 kilometres from the Kottayam city centre. It is surrounded by serene countryside and religious organisations. The main central Road, which connects Kottayam to Kochi and goes through Ettumannoor, also serves as a connecting route to the tourist spots of Poonjar and Wagamon, generating revenue from tourism. A popular destination in the state is the Mahadeva temple, which is located here. The town is the most expensive place to move to as a result of recent development in the surrounding areas, the opening of new institutions in the neighbourhood, and ease of transportation. The population has grown and the demographics has changed as a result of this. MG University Mangalam University, SFS Public School, Kerala Chuvar Chithra Kala Kendram and Ebenezer International Residential School are some of the major educational institutions situated here. Government Medical College Kottayam, Caritas Hospital and Matha hospital are situated within a 5km radius.

Wealthy residents of Kottayam prefer this affluent neighbourhood on the Kottayam Kumily road because it combines all the modern conveniences with the peace and quiet of the countryside. This area is home to cutting-edge educational facilities like Pallikoodam, Girideepam School, and Marian Senior Secondary School. It is well connected to all areas of the city via both public and private buses because it is located close to Kanjikuzhy. It contains a number of marketplaces and businesses designed for both a glamorous and basic daily life.

In conclusion, it is essential that ready-to-move-in flats in Kottayam be found in a prime location that offers a tranquil and practical setting in addition to top-notch construction, dependable maintenance, and warm customer service. Kottayam has significantly developed its IT sector and commercialised in recent years, making it a Tier-2 city in Kerala. The correct builder’s homes offer both contemporary convenience and long-term value by appreciating at a rate independent of inflation, so investing in one is a wise financial decision. Two new residences from the developer Confident Group in Kottayam, Cygnus and Blueberry, combine the conveniences of the city with the calm of the suburbs. 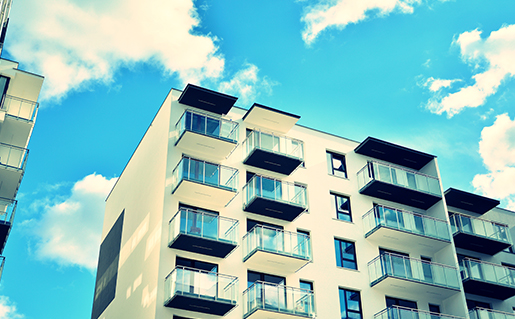 Pros of Investing in Future Apartments in Kochi

Kochi brings to the mind of people a picture of a scenic blend of fishing boats in the lush green backwaters surrounding the city along with sprawling skyscrapers, IT parks, and malls. In ea...