In my last blog, I had discussed about the uncertainties due to the current Covid 19 crisis which has adversely affected the NRI working class and entrepreneurs across the world including our country due to loss of jobs, pay cut and derailed businesses. In continuation to that, there is a lot of negativity in the atmosphere as most of the time it is the negative news that is doing the rounds in the print, visual , social media and general public which gives a feel of the sky falling down. My best advice to you is not to pay attention to all these spiked propagandas and analyze the situation from the perspective of a common man.

“A fisherman understands the character of the sea much better than a scholar of the Ocean” Therefore I would like to advice you all not give attention to all these distorted versions. We can use our common sense to analyze the situation. I would say that once the COVID comes under control, the present scenario is going to improve within a span of 4 to 6 months time.

Most of our NRI’s are based in the Gulf countries. As you are aware, the Gulf economy mainly depends on oil and natural gas resources besides trading and tourism. In a nutshell we can say that these are demand driven economy in GCC, oil being the major chunk. In the present crisis since most of the countries across the world is in lock down, the demand for energy requirement dropped drastically and hence the prices fell, adversely affecting the total economy of the GCC. After the long break Europe, US and Asia have started opening up, gradually the demand for the energy will increase pretty soon. Subsequently all related operations will gain momentum. Once the fund starts flowing in to the gulf countries through oil, other verticals like construction, trading, retail businesses, etc , has to return to normalcy since all these form a chain where one is dependent on the other. We must understand that business houses irrespective of small or large , which make a profit of even 1 $ shall eagerly waiting to restart their business without any hesitation. Similarly we expect some companies may also close down which were already running in loss. This would only be a fraction of percentage.

Thus if anyone has faced job loss or their companies laid off staff, they will soon have to rehire or call back the staff to fulfill the vacancy. Most often, calling back old staff to avoid additional training/familiarization costs. In fact the business houses will not need to trace back too far. They can start from the point where the pandemic brought it all to a standstill. This realization can propel the recovery pace.

I would like to repeat an example which I quoted in my last blog” WHY ARE YOU AFRAID ECONOMY?” Everybody is waiting for a time after this because everybody has just put their dreams on ‘pause’ and is waiting eagerly to start from where they have left off. It is just like a football game, when the whistle blows after 45 minutes all the players clear the ground and discuss the strategy and plan to win the game and after 15 minutes when whistle blows, all the 11×2 players take their positions. Similarly once this crisis gets controlled, each one of us know where to start and you have to have all the players on board. I mean to say job loss etc., is only for temporary phase.

It is worth to note that the travel and tourism business may take a while to regain the lost momentum and come back to full swing due to panic created by the pandemic. If the vaccines and cure for Covid 19 is invented, then the scenario will change. On the other hand, the health care industry is going to boom all over the world particularly in the US and European countries and to a certain extent in the Gulf countries. Especially Malayali nurses, doctors and paramedical staff are going to be in much wider demand with increased job opportunities. 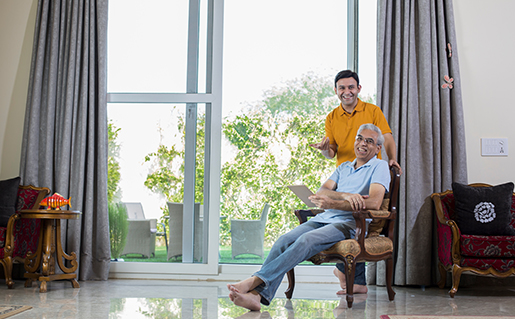