In the early nineteenth century, England’s prince regent, who eventually became King George IV, led a notoriously flamboyant lifestyle, was a fashion leader, and was an ardent collector who lavishly adorned his palaces. His rule (1811–1830) is today known as the regency era or the period of regency classicism. This classic style is making a modern revival, with regency interior design becoming trendy decades later.

The Regency design trend encompasses buildings and interiors created during this period. Regency style does not stand alone. It is significantly influenced by antiquity, mainly classic Egyptian, Gothic, Greek, and Roman architecture, and the contemporaneous movements of the Biedermeier style in Germany, the Federal style in the United States, and the Empire style in France. These overlapping motions draw on neoclassical characteristics, renewing old decorations such as columns and providing an opulent flair to interior design. Utility meets aesthetic elegance in practical living spaces filled with rich woods, carved embellishments, metal accents, and lavish patterns in all of these styles.

Let’s Dive Into The Trends To Incorporate Regency Interior:

Regency style’s colour choices are more flamboyant. Use Colors that stand out. Vivid jewel tones are a signature of Regency style and an eye-catching complement to any room. The Royal Pavilion was awash with reds, pinks, greens, and gold. If you don’t want to deal with numerous vivid colours in a room, choose simply one and create the space around it. With malachite wallpaper or paint, a little goes a long way. Instead of Malachite wallpaper or drapes, you can opt for a Malachite table or lighting in this rich deep green shade. Similarly, if you want to go wild with hot pink, another hue associated with this design, try using it on the upholstery or a wall. A mix of black and white defines the regency style. 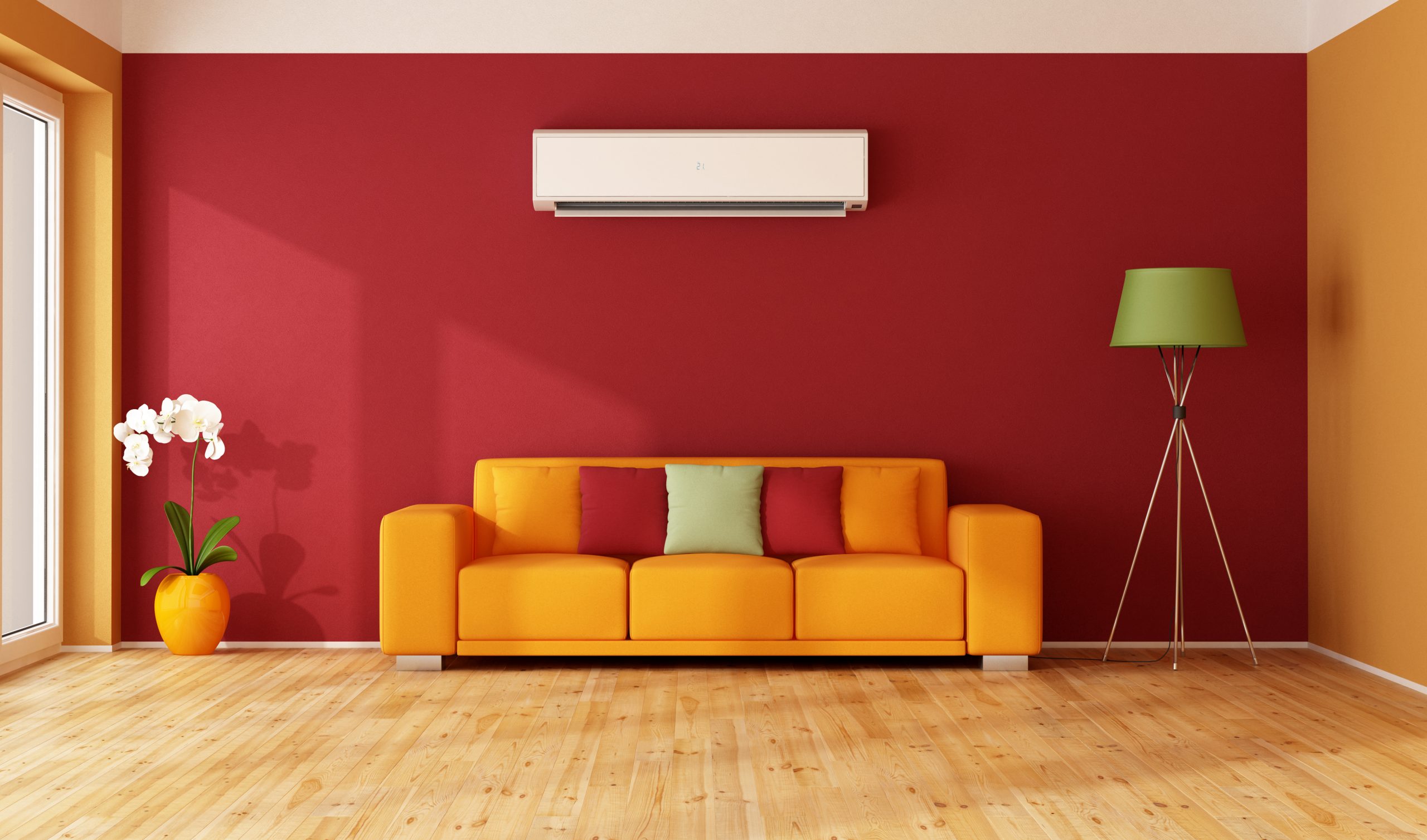 More exotic timbers like rosewood, satinwood, tulipwood, and zebrawood define the regency furniture. Brass inlays and ormolu, or fake gold, are prominent features. Use beautiful veneers to finish Regency furniture. Another popular paint colour for furniture is green with a bronzy metal powder finish that imitates the effect of a bronze patina. While English Regency furniture is not as curvy as French Regency furniture, integrating certain curves, particularly in furniture legs, is recommended. Reeding, lion paw feet, and saber legs are some more appealing features of Regency furniture. Sabre legs are precisely what their name implies: furniture legs that bend outward like sabres. Regency chairs are lower to the ground than contemporary chairs. When it comes to sofas, it is highly fashionable to include one in each room of the house to recreate regency style. 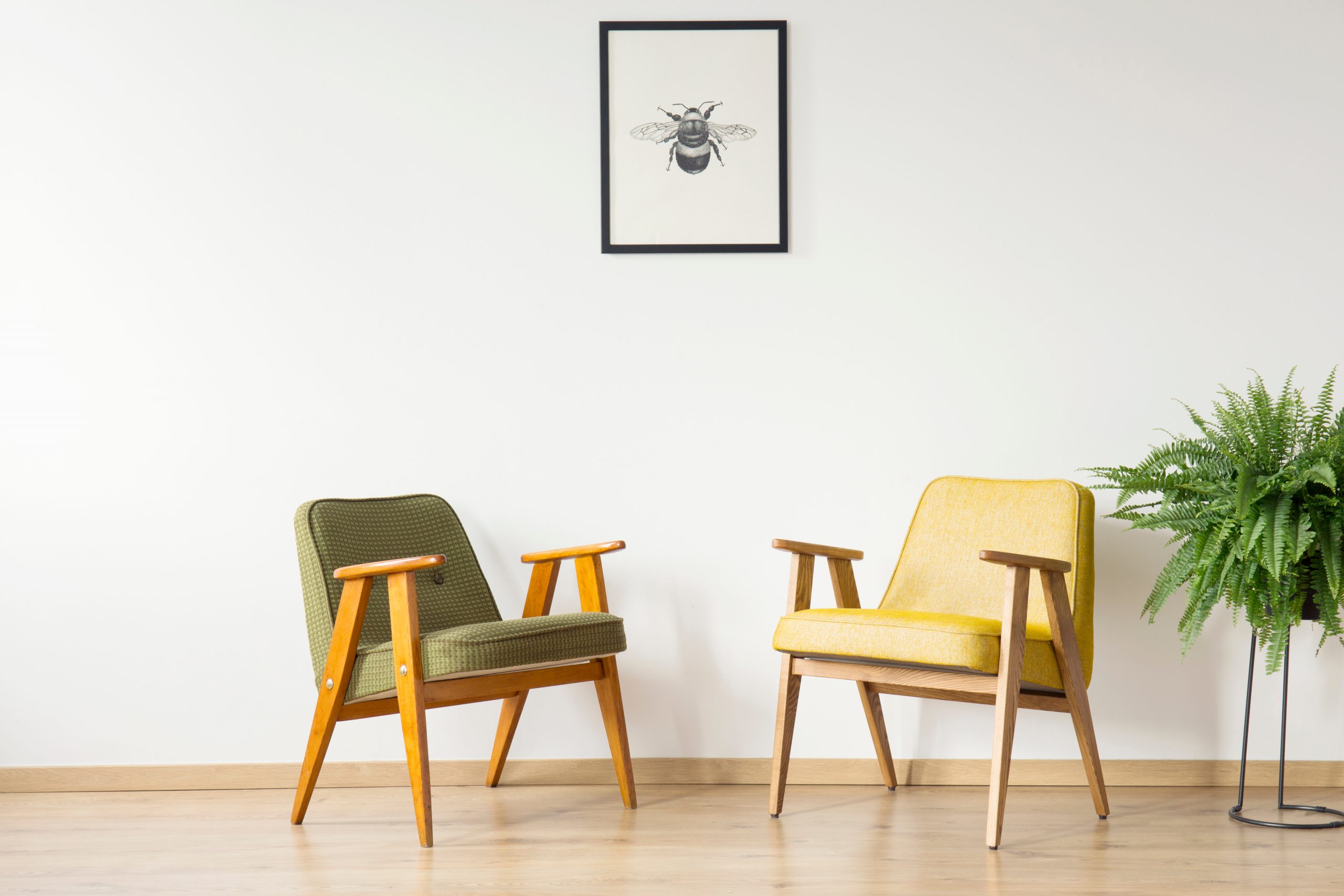 What is a gorgeous space if it doesn’t have a tiny glimmer? Traditional Regency design components include lacquered walls and furnishings. With its lustrous depth and tough-as-nails finish, Glossy lacquer improves both mundane and beautiful items. Use vibrant hues like tomato red, Prussian blue, or kelly green to make the style even bolder. Lacquered surfaces are a popular choice, so adding bright and shiny furniture is necessary. 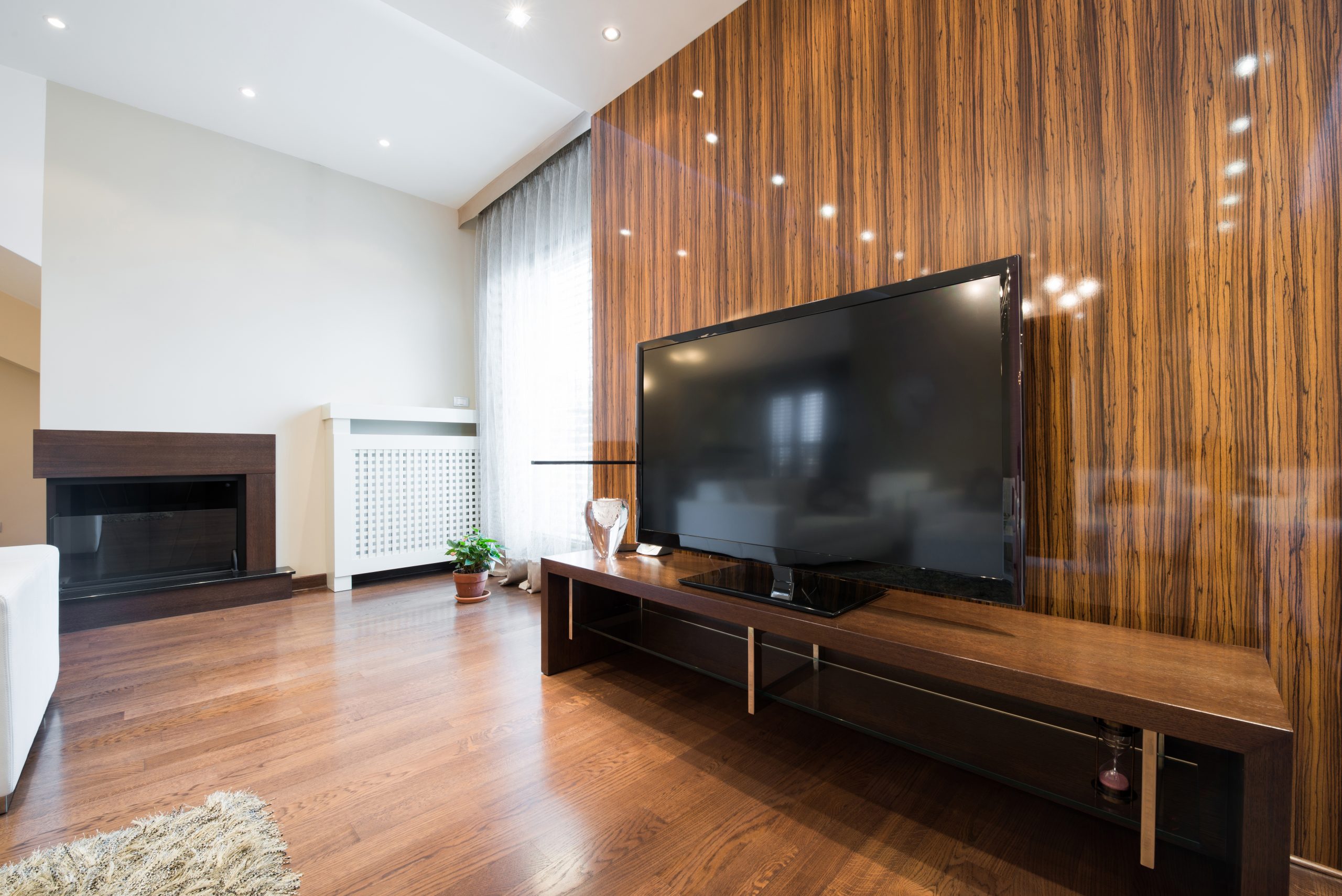 Accessories are another place where you may include an ethnic element. It’s not uncommon to see sculptures or Roman busts mixed with European-style furnishings in a Regency-style setting. Because the furniture does not command the area, Regency interior relies largely on design accessories to add flair. Velvet, silk, and even fur are used as luxurious fabrics and textiles. You can add sculpted carpets, brass or gold hardware, crystal, fringe, and a plethora of showy accessories. Finally, make sure that each space requires an eye-catching chandelier—the more one-of-a-kind and striking the design, the better. 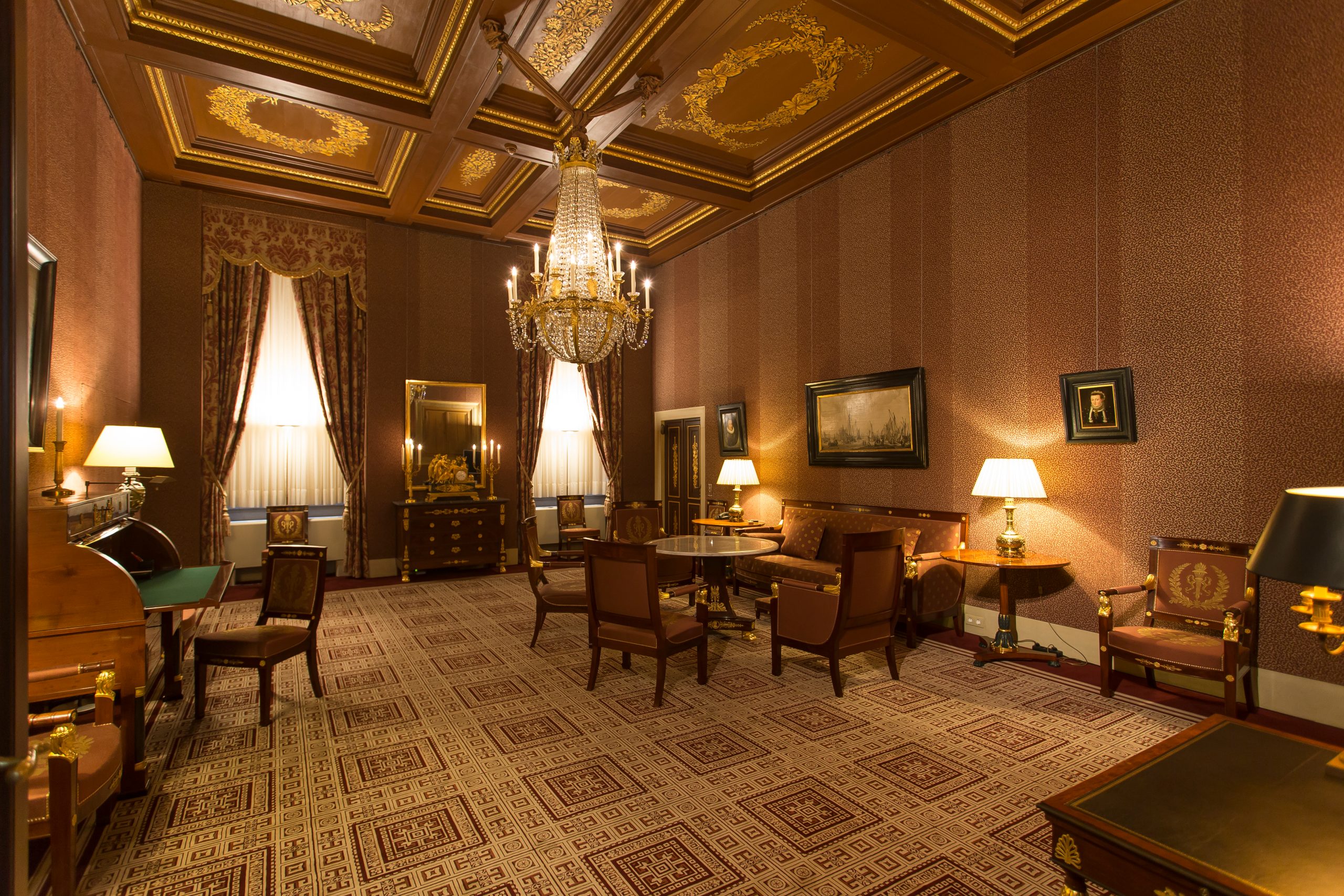 Because of the infatuation with Asian décor, Chinoiserie, a French term that signifies Chinese-influenced design, became a trendy top note in Regency interiors. There is a remarkable difference between traditional Chinese décor and Chinoiserie. Chinoiserie is a more flamboyant and whimsical take on a Chinese design, making it ideal for a setting with a theatrical flair. Whether it takes the form of wallpaper, furniture, paintings, or accessories, it is distinguished by fine artistry, traditional Asian themes such as birds, flowers, and landscapes, and, on occasion, touches of gold. The design is strange yet familiar at the same time. Chinoiserie wallpaper, intricate draperies, chintz, gilding, and exotic colours are just a few of the most attractive characteristics of the Regency interior. 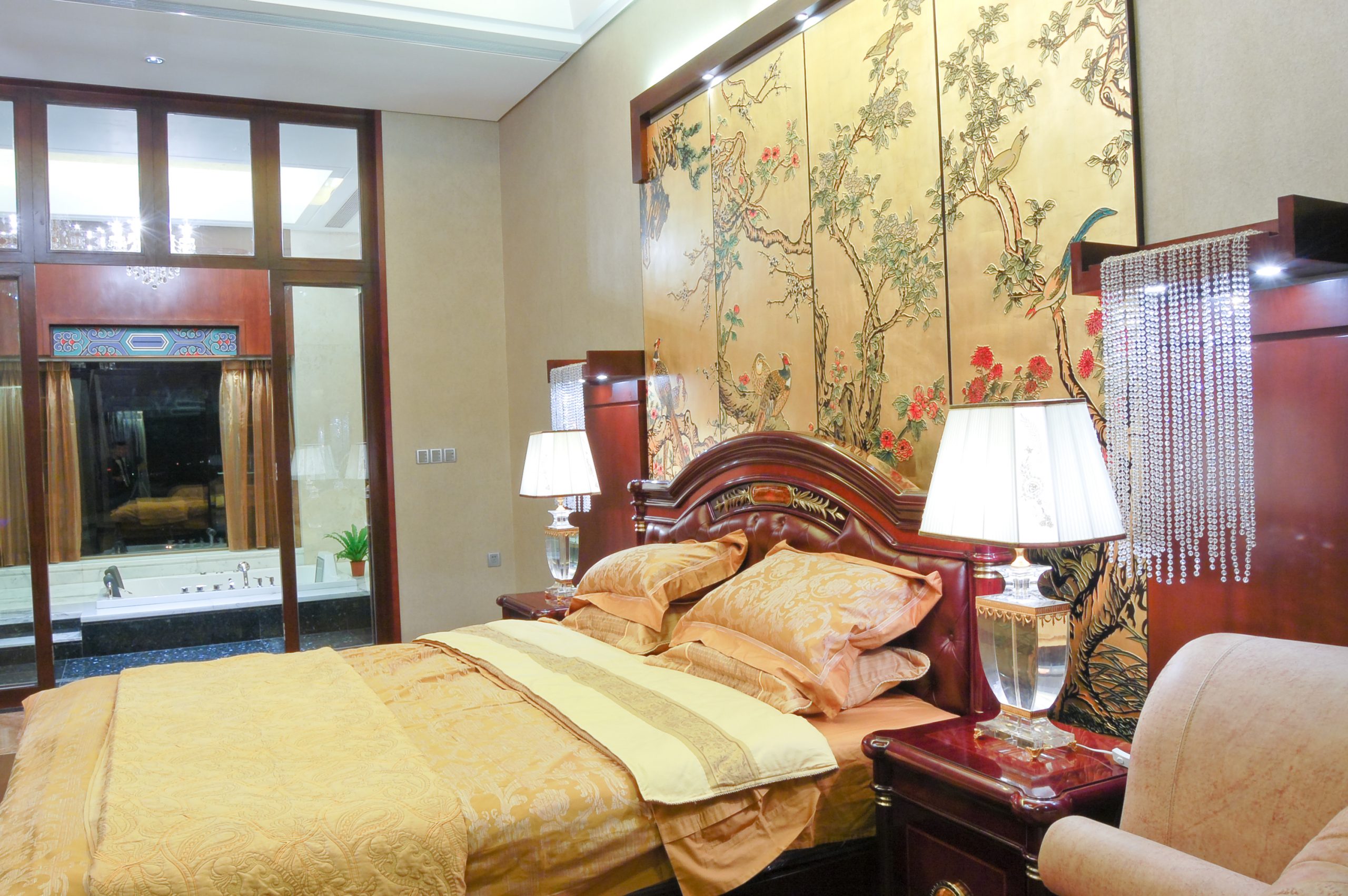 6) Be Fanciful and Glam:

The Regency style evokes escapism. Outlandish touches are welcome: lavishly carved frames and mirrors, sensuous crystal lamps, tasselled cushions, and vivid paintings. Include exotic and avant-garde elements and unique items that reflect your personality. Emphasize personality – mass-produced items rarely have the charm that this style demands. The main design principle of this style is to bring the glitz and pretentiousness. You want lush, rich texture, opulent details, and opulent accents. You’re attempting to make the area feel as sumptuous as possible, so you’ve definitely succeeded if you believe you’re overdoing it.

There’s no need to transform your house into an expensive English mansion if you want to imitate Regency design in the present era. Instead, research the colour schemes and furnishings used in modern and classic Regency rooms. You may transform Regency style into a pleasant setting for yourself or your family by pulling inspiration from what you see in photographs. If you’re still perplexed about how to integrate the many various characteristics of this style, your next step should be to consult with an experienced interior designer. How likely are you to incorporate Regency style in your house? Let us know in the comments. 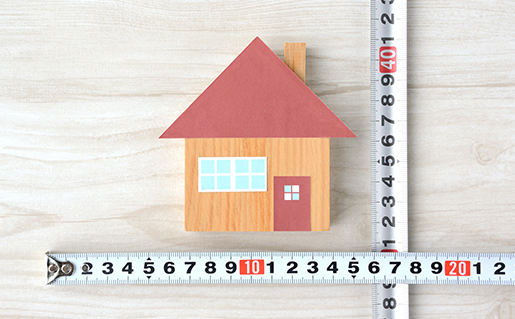 Among the most important aspects of real estate is Floor Space Index (FSI), sometimes known as the Floor Area Ratio (FAR). FSI refers to the maximum area of a piece of land that will be used... 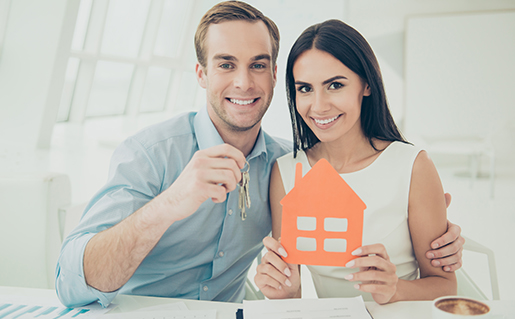 Know About the Laws to Protect the Interest of Flat Buyers

"Ignorance of the law is no excuse in any country" - Thomas Jefferson. People can take months and even years to zero in on that perfect dream home in a beautiful neighborhood. But it's qu...