Kerala Floods: The Disaster Of The Century & What We Aim To Do About It

With over a million people displaced, hundreds of lives lost and many homes razed to the ground, the floods in Kerala in August 2018 were one of the worst calamities to strike the state. The floods were one of the most severe that the state has seen in the last Century. The floods directly impacted about one-sixth of the state’s population and it is the worst flood in Kerala since 1924.

An unforeseen event which has left the state in shambles has left all of us shaken and disheartened. The loss of life and property has been severe, and it may occur again. We as builders, the ones shaping the state aim to learn from this disaster and wish to reduce the loss of life and property by adhering to careful and conscious preventive measures in our upcoming projects to make them safe during such instances. Our focus remains to build homes that are safe for their occupants.

The leading causes of the flood were the incessant heavy rains, the simultaneous opening of dams and the existence of low tide at the same time. The sea refused to take in the oncoming water due to the low tides, making the situation more critical. Due to these reasons, the floods spiraled out of control way too quickly and led to excessive damage.

The worst affected areas of the state were Wayanad, Pathanamthitta, Ernakulam, Thrissur, Malappuram, Kozhikode, Kannur, Palakkad, Alappuzha districts. All these places were on red alert. Thirty-five out of the fifty-four dams within the state were opened for the first time in the history of Kerala. Severe landslides made the situation worse as it made the hilly regions inaccessible. If similar floods strike again, it is likely that the areas mentioned above will be impacted severely once again.

This understanding of the geography and what led to the floods to impact us in such a magnitude will help us take preventive measures and prepare ourselves for the future. Careful planning of structures and taking preventive measures during construction will help us make our structures safer for the future. Natural calamities have been a reason for destruction since time immemorial, and we can take a cue from countries like Japan, Taiwan, New Zealand, etc. which deal with earthquakes frequently due to their placement on the seismic plates and coastal lands especially in the US where hurricanes and tornadoes are a common occurrence. These places are well prepared to tackle such calamities and the right structural, and architectural intervention will help us prepare our buildings to face these situations in the future.

During the floods, the water can raise up to 8-10 feet often leading to complete or partial immersion of structures and even complete destruction of structures that are made with substandard quality materials. Mr. T.A. Joseph, the MD & Founding Director of Confident Group says that they, as one of the front-runners in the realm of construction aim to take preventive measures to prepare themselves for the future. The buildings that will be built henceforth, especially in the affected areas, will have the generator, metric panels and tanks on a higher level, preferably on the first floor or will be kept on an elevated level.

The tank will have a minimum capacity to accommodate 50,000 litres of water and will have a direct connection to the rainwater harvesting system to ensure a steady supply of water during floods, as almost always floods are accompanied with heavy rains. Enough fuel will be stocked at all times to ensure that the generators are running during these trying circumstances. These measures are going to be implemented for controlled usage and would provide sufficient time and relief for residents to plan an exit strategy if the situation does not improve or for the rescue team to reach them.

It is imperative for the people to understand that it is not practically possible to avoid building homes in regions that were affected by floods. It is not a sustainable approach. What is going to make all the difference is how builders respond to the changing landscape and build in response to Mother Nature. At Confident Group, we take the safety and security of all our clients seriously, and these are just a few of the many steps that we aim to bring to ensure that your home is not only four walls but a safe haven for you and your family. 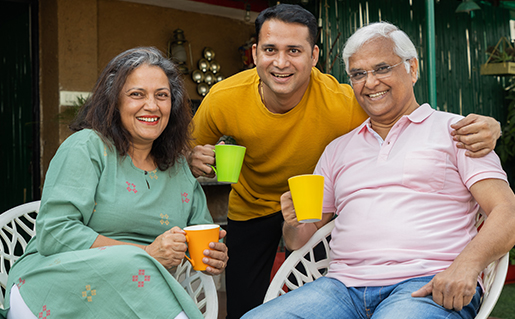